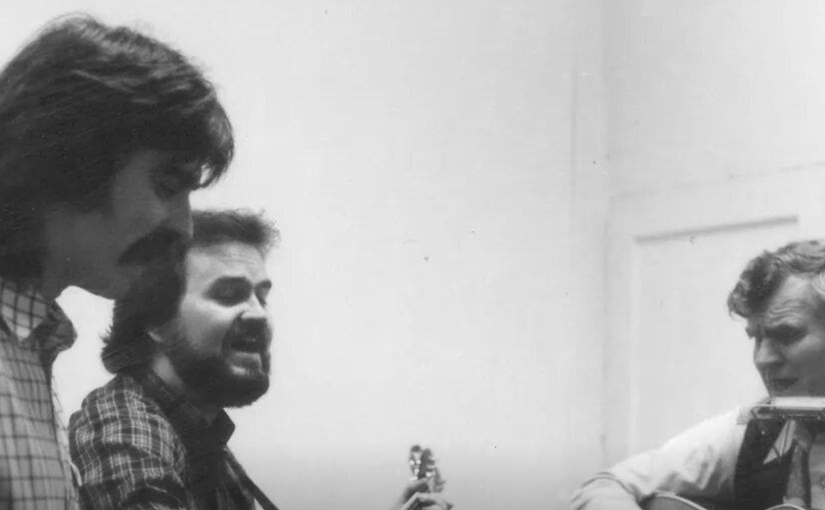 Cliff Miller is the owner of SE Systems based out of Greensboro, NC. He has been doing the sound for countless musicians and been on tour with a few of them as well. Cliff, from an early age, has always been interested in music. In fact in Junior High when he had to write down what he wanted his profession to be, he put musical technician, which he jokingly said is now just a basic sound guy. With hopes of being a musical technician, he started playing guitar in a few different bands in high school and the setlist ranged to anything from Iron Butterfly to Eddie Floyd in the bands.Between his junior & senior year of high school, he attended technical school and got his Third, Second, and First Class Radio license, he was on his way to becoming a musical technician. At 19 Cliff started working at a local music store in Asheboro selling and

servicing instruments and other equipment, along with playing in multiple bands during the course of his high school years and into his 20s. During his time working at the music store and playing in different bands every weekend, he took on another side job, being a sound guy, mostly for small bluegrass festivals and it eventually became his full-time job for several years. Early on, at one of the bluegrass festivals where he was running sound, he had the chance to meet Merle Watson for the first time and later on in the day met Doc Watson and instantly hit it off. The next time Cliff would see the father/son duo would be at the same festival the next year where he was running sound for the second year. The Watson’s brought their newly formed band “Frosty Morn” and were already on the road touring. A few weeks after his second time seeing Merle and Doc and running sound for them he would get a call to be the full-time sound man on the road for the band. It was at this point Cliff quit at the music store and became an almost full-time sound man.

It was in ‘72 Cliff went on the road with the Watson’s and their band, touring the U.S. and
Canada. During this course of time, he became great friends with both of the music legends. With being a musician himself and hearing their set every other night, it wasn’t any wonder he knew every song, and how to play them too. This knowledge of all the songs came in handy at Bluegrass ‘77 in Toronto, Canada when Merle had injured his hand and couldn’t play. Doc asked Cliff to temporarily fill in for Merle on guitar and let Merle, with an injured hand run sound that night. One show turned into two and Cliff ended up being Doc’s guitar playing for 7 years. During Cliff’s time on the road with the Watson’s, at the age of 21, he started a small sound system business called SE Systems out of his parent’s back porch. in the year ‘73. The business at the time made sound systems and eventually in cabinet speakers. When he was touring, his parents were very supportive of him and his business and helped out with the early stages of SE Systems when he wasn’t there, The back porch business after time grew and expanded, to a new building that Cliff and his dad built a 2,500 sq ft from an old Hosiery mill building slab that Cliff’s father owned in Asheboro. This building is where he started working on PA equipment himself. SE Systems was growing and so was Merle and Doc Watson, with both on his plate Cliff managed to start and grow his new company while on the road. It wasn’t until He got married and had his daughter that he would cut back on his touring schedule and focus on SE Systems and his family, that would keep him closer to home for the time being. Now being off the road SE Systems was growing out of the small time backyard company outfit and into one of the biggest sound system companies on the east coast.

In ‘88 Cliff’s business was still steadily growing when he got a call from B. Townes, telling Cliff he wanted to start a memorial festival in Merle Watson’s honor and he needed sound. The memorial was far bigger than anyone imagined, they sold more tickets then they had seats in the auditorium, in which they moved the whole event to an old softball field and used a few flatbed trailers as the stage. Friends of Merle’s and Doc’s both volunteered to play, a few who volunteered were Chet Atkins, Earl Scruggs, Emmylou Harris, Sam Bush, Jerry Douglas, Grandpa Jones and many more musicians came to give their time and talent in Merle’s honor and to raise money for The Garden of The Senses, a garden that had plaques that read in braille so the blind could read about the plants. After the event, Cliff got a call from a lady who attended and she was asking when the next “MerleFest” was. Now it has grown into a yearly festival put on in the mountains of North Carolina that SE System provides sound, lighting, video, and staging at the end of April each year.

In ‘92 S.E. Systems outgrew their building for the second time and changed their location to Greensboro, NC in a 10,000 sq ft building and then rented the building next to it which was 6,000 sq ft. They eventually ran out of space in those to building and moved to their current location 2000 to a 57,000 sq ft building, and at the time they bought it Cliff thought they would never be able to fill up, but now is overflowing with various production equipment, for SE Systems to use at jobs along with equipment in their showroom for their customers. One of the acts SE Systems met and would do sound for when they were in the area was Alison Krauss. In 2000 the movie “O’brother Where Art Thou” was released along with the famous soundtrack to the movie, that featured musicians like Alison Krauss herself, Emmylou Harris, The Stanley Brother, and many more notable people. The soundtrack was just as popular as the movie, almost all the musicians who were featured on the soundtrack of the movie agreed to a tour together called “Down From The Mountain”. Denise Stiff, who was Alison’s manager at the time called Cliff up and asked if they would be willing to run the sound for the ‘Down From The Mountain” tour, Cliff agreed and went on the road again, but this time with Alison Krauss and other Legendary bluegrass and traditional players. After This tour, Cliff became Alison’s Production manager and engineer while on her solo and/or band tours. They did that for a few years then a second tour for the “O’brother Where Art Thou” soundtrack got put in the works, this was “Great High Mountain” which was a variation of the “Down From the Mountain” tour. The last few years Cliff has gotten off the road due to health issues caused by kidney problems and was put on the donor list for a kidney transplant. In 2016, after countless friends got tested and turned down to be a donor, one of their friends was a match and in November underwent kidney transplant surgery with no complications.

Today SE Systems is still growing and doing jobs for all different types of events. They have the sales group where they handle all the sales in both the Greensboro and Charlotte stores, the production crew that does concerts and handle the sound, lighting, staging, video, and anything else that is needed at the event. Then they have what they call the installation side where for example last year they re-did all the interior speakers for the Bank of America stadium. Both of Cliff’s children work for the company now, along with 35 full-time employees and 30 part-time employees. His son is head of fabrication building all the road cases and anything else needed for a job. His daughter traveled with Cliff while on tour with Alison Krauss and would be Cliff’s go to for anything he needed. She mixes Front of House, Stage monitors, and mixes orchestras along with other shows and ball games as well. 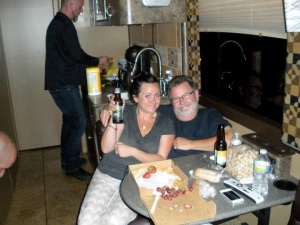